After thoughts on RAGE

It has been seven years since id software made a game.
id software made the 90s in terms of PC gaming, reinventing side scrolling on the PC and inventing 3d shooters and made the genres what we know today. Wolfenstein 3D, Doom, Quake and online deathmatch.

Doom 3 is one of the most intense shooters I have played. Scary claustrophobic solid shooter mechanics and trys to tell a story, while id software was never famous at telling stories but you never cared about it. In fact the games were so instance that it kept you on the edge of your seat. after a crazy science fiction horror game I long waited for id's next game and knowing about RAGE for the past 3 years i had something to look forward too.

I bough RAGE for PS3 the first day it came to stores, i came home and install a load of 8GB game date and for that i had to clean my PS3 [Drive I have the 40 GB model].
When you first start the game you get a brief cut scene of how the world came to be a wasteland.
and you wake up at something that looks like a space ship and the design resembles Doom 3 corridors. Its tells you to look around press here and there and your out to the wilderness!!. 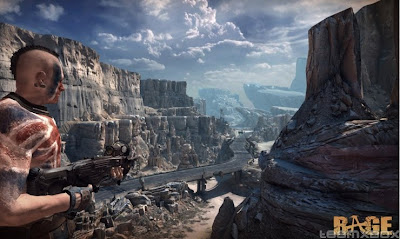 you take the path down to look around and BOOM some one attacks you (cut scene) and you get saved, he takes you to his place and gives you your first mission.

O.K. so now it starts...
You get to drive to the bandits place and kill them and this part is really good its a nice start to the game not too much clutter and dialog and you get to the action.
after couple of missions the whole game starts to disorient. the game gives you the feeling its an open world because you can drive from location to location, 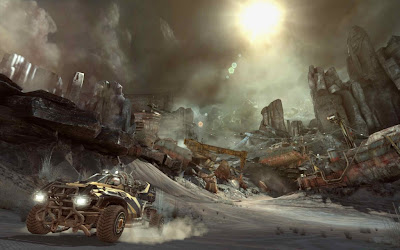 it has mini games in the cities (Only TWO cities!)

and a death rally style campaign in each city. now this game is not open world.
not too many side missions and your really have too look for them and talk to each person (there are not many people in the city) in the city you don't get a world map so its hard to find places unless you get a mission and directions.
the main story is uninteresting and they try to get you into rage universe, while the "universe" is really inadequate so I really didn't care about the whole thing going on i just wanted to shoot bad guys like in the start of the game!
The shooter stages as I call them are top notch; intense scary and great level design but you have to put up with all the clutter in the game and when you break it down you only get 6 hours for shooting stages, and that is really disappointing.
Its look like id are trying to keep up with today's fashion and give the player an open world to work in it.
I think id should stick with its formula of ass kicking intense shooters.

While this game is one of the most best looking shooters out there and on the same levels very mediocre game.
oh and to make it even more mediocre there is no end boss so it doesn't end with an epic after taste. 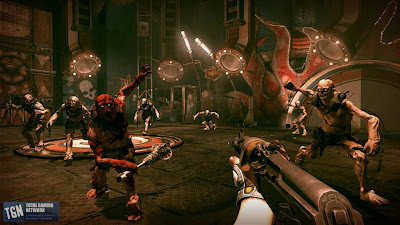 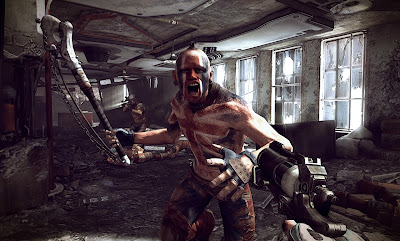 Doom4 is on the horizion lets hope id makes it another crazy science fiction horror game.